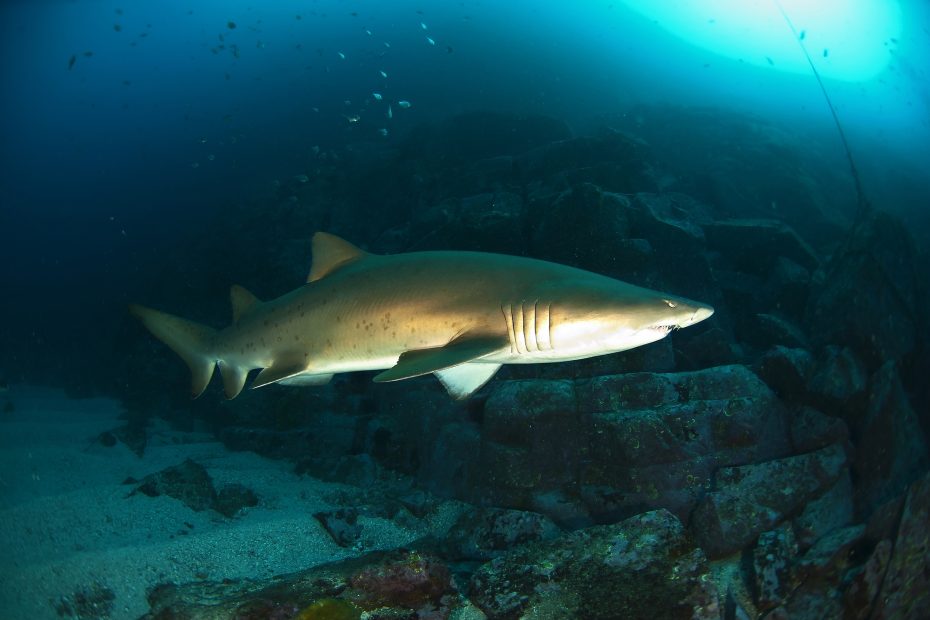 Perennially overlooked, the Solitary Islands are a group of five landmasses off the coast of New South Wales that are finally becoming recognised for the abundance of unique nature they contain, both on the surface and under the waves.

Accessed from the town of Wooli or Coffs Harbour on the Clarence coast, the Solitary islands are relatively simple to get to. North Solitary Island, the closest of the group to the coast of Australia is a mere 7 nautical miles, 20 minutes by boat from Wooli. There are a number of dive operators on the Clarence coast itself, and in turn other dive outfits throughout the New South Wales and Eastern Australia run tours to the Solitary Islands.

Marine life at the Solitary Islands Marine Park has thrived for the past 20 years due to the fact that the Islands are a no fishing sanctuary. Many species have congregated around the rich waters of the islands, travelling from far and wide. A pleasing fact is that there are many endemic and rare species that call the Solitary Islands home; one specific success story are the budding numbers of black cod.

North Solitary Island is known to have the highest concentration of marine life of any of the Solitary islands, and with an estimated 550 species of reef fish, 600 species of molluscs, and over 40 different species of both hard and soft coral this nutrient rich island group is one of the worlds most abundant marine ecosystems. Additionally the north island is known to have a tropical climate rather than the cooler climate in the southern islands. This warmer climate yields more tropical hard coral compared to the temperate plant life, including kelp in the southern islands.

Diving the Solitary Islands is possible year round, and water temperature will often fluctuate between 21 – 26 degrees Celsius. Furthermore visibility varies from 15 – 30 metres depending on the season and conditions. The waters off East Australia bring strong currents and plankton blooms that limit visibility, yet produce an abundance of life. Choosing the best time to dive the islands is imperative for different levels of diving expertise, and worth checking with a chosen dive operator well in advance. Furthermore different seasons offer an array of varied life to witness.

In the warmer summer months, giant shoals of pelagic species such as yellowtail kingfish, jacks and mackerel envelop divers in huge vortexes. Furthermore unique giant cuttlefish can be seen in all their multi-coloured glory, while in the summer months divers have the opportunity to witness the giant that is the manta ray as they cruise past the islands. Other summer species include turtles, bull rays and grey nurse sharks that favour the water waters.

Additionally while making the journey to the Solitary islands, make sure to search for pods of bottlenose dolphins, and in the winter months the colossal leviathans that are the majestic humpback whale as they frequent the islands on their winter migration to and from Antarctica.

Pimpernel Rock is perhaps the most famous of all the Solitary Islands dive sites, an underwater pinnacle that stands alone on the northern borders of the islands. At a maximum depth of no more than 40 metres, there are a number of topographical landmarks such as steep walls, arches and boulder fields that are home to an abundance of life that come to this site to feed on the nutrient rich waters brought by the currents.

The Scuba Coach runs frequent weekend trips to the North Solitary Islands. The little town of Wolli in NSW can be accessed by car within 3 hours from the Gold Coast. Our weekend trip runs from Friday afternoon until Sunday afternoon and is a lot of fun!