HOW TO PREPARE FOR SCUBA DIVING COURSES 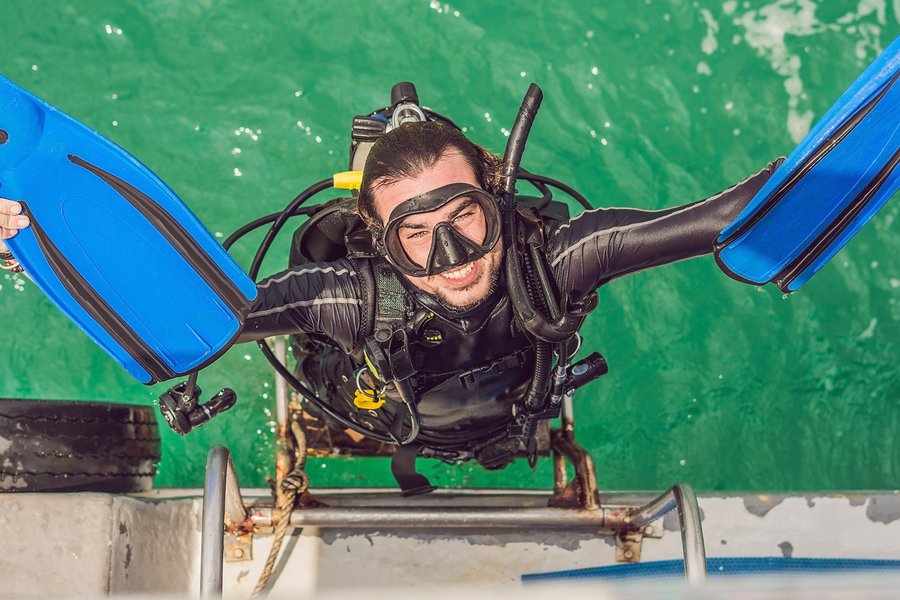 HOW MUCH DOES IT COST?

Diving is not the cheapest sport to learn, in fact its probably one of the most expensive when considering courses, equipment and operating fees. That being said, it also depends where you decide to take your course. In countries such as America, UK and Australia, scuba lessons will seem relatively expensive as operating costs are higher here. In countries such as Indonesia, Thailand and South Africa the courses are cheaper, especially in South East Asia where backpacker deals and large groups drive prices down.

Don’t be surprised to see open water courses starting at close to $500, especially when you consider the dive centre has to pay for equipment, staff, boat fees and classroom access. Don’t worry, the companies are not trying to extort you, it’s just the reality of an expensive hobby. Some exceptions are large group courses with dives from shore in rivers that you might be able to snap up for as little as $395 but price should not be what drives your purchases decision.

WHICH ORGANISATION TO CHOOSE FROM?

Choosing between the numerous diving agencies can prove tricky. PADI, SSI, BSAC, NAUI, CMAS, RAID?? Which one?! Again, it depends on where you are when you choose to complete a course. PADI and SSI are the two biggest agencies across the globe, and it will most likely be one of those that you choose. CMAS and BSAC have a strong presence in Europe, while NAUI is American. Each have their own benefits and negatives. Agencies such as RAID, SDI and CMAS have much more rigorous criteria that each student has to meet. With that being said, it really comes down to the individual taking the course and the instructor. If your instructor is dedicated and responsive, you will become a safe diver, regardless under which agency banner.

I HAVE A MEDICAL CONDITION; CAN I STILL DIVE?

Most often than not, yes. However, it depends on what the condition is, diving is usually inclusive for many people although it is key to go to the doctor before you begin a course or depart for a dive trip. Some people may have issues with pressure change and are unable to equalise, other conditions such as high blood pressure, asthma, pregnancy and diabetes may prevent you from diving as they cannot be managed underwater. A dive course usually starts with a medical self-declaration followed by a medical examination in case any doubts exist. DDI (Diving with the Disabled) was introduced by agencies to include those with disabilities. The students can receive more personal tutoring and feel safe and supported underwater.

CAN I LEARN WITH FRIENDS AND FAMILY?

Yes, depending on the course’s maximum student constraints you can book courses together with a group of your choosing. However, it is often most enjoyable with new people as you can gain like-minded friends who share an interest in diving.

I’M AFRAID OF THE OPEN OCEAN AND THE ANIMALS

Being wary of the ocean is a legitimate fear, the open water can be treacherous. Tides, currents and waves all play a factor and can change in an instant. Nevertheless, highly trained staff and dive centres will not take anyrisks with students’ safety. While they will attempt to create a passion for the ocean, you as the student are not forced to undertake anything you don’t want to.

Many are afraid of the creatures that dwell in the ocean, especially sharks, try not to be, most are docile or exceedingly skittish, others like the filter feeding basking shark and whale shark are uninterested by humans and attacks by larger sharks such as the bull, great white and tiger are extremely rare.

I DON’T HAVE ANY EQUIPMENT

Don’t worry, the majority of dive centres have plenty of equipment to rent out. While there may be a small fee, it means that you don’t have to bring large amounts of heavy equipment on the plane.

There are several items of equipment that are recommended to purchase before your training; they are as follows; a wetsuit, a mask and a dive computer. These small items can often make the difference between feeling comfortable, warm and safe in the water.