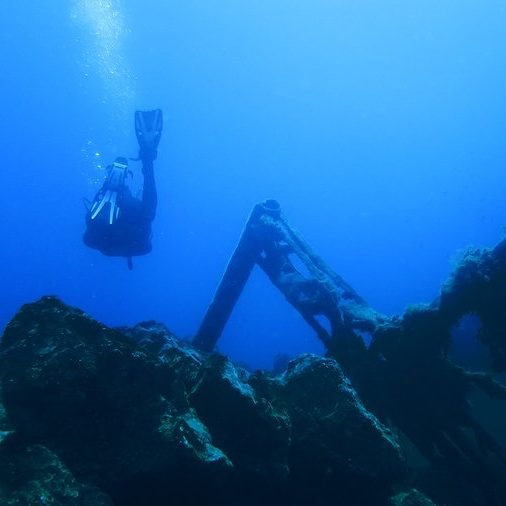 Perennially renowned as one of the best wreck dives in the world, the S.S.Yongala sank on the Great Barrier Reef, 12 nautical miles off the coast of Alva Beach, Queensland. The wreck, having sunk in 1911 after a strong cyclone, has had over 100 years to a mass a great deal of marine flora and fauna.

109 metres long, the S.S.Yongala lies at a depth of 14 metres at its shallowest point, and 28 metres on the sand, allowing easy access for all divers and free-divers of every qualifications. Due to the fact that the wreck lies on its starboard side, all marine enthusiasts will have the opportunity to admire the colossal hull as well as entire superstructure such as the masts, galley and funnel.

Due to the fact that all 122 passengers and crew died on the fateful day that the S.S.Yongala sank, the Historic Shipwrecks Act prevents any of the 10,000 divers that congregate to the wreck annually to penetrate the wreck and in turn to salvage any artefacts that remain on the ship. The wreck has been protected tirelessly by the local government of Queensland, stating permits must be held by visitors, and in turn preventing anchoring. Furthermore the government has enacted a protection of area almost 1000 metres around the wreck to prevent damage.

With visibility ranging from 30 metres in the winter months to 10 metres in the summer, there is always a good chance to encounter many of the splendid marine species that have made the S.S.Yongala their home. Species include bull sharks that are resident on the wreck, usually cruising in the mid-water, most often just 20-30 metres from the wreck area. These bull sharks, despite their ferocious reputation are extremely shy and are not often seen by all divers.

A number of species of turtles are found on the wreck, usually feeding off the algae and sea-grass that cover the superstructure. Green sea turtles, hawksbill and loggerhead are found on the S.S.Yongala, and it is possible to see more than one of each species on each dive, often seen sleeping on, or just outside the wreckage. Other species often seen include chevron barracudas in vast vortexes, the infamous and venomous banded sea snake, spotted eagles rays gliding over the wreck, giant trevally, and the immense Queensland grouper which can reach up to 3 metres in length and over 600kg in weight when fully mature.

Many divers have described the marine life diversity of the S.S.Yongala as ‘once in a lifetime’, where between June and November it is even possible to encounter minke and humpback whales while diving or travelling to the dive site. Furthermore from October to January whale sharks are an additional bonus that divers can chance underwater.

While many might consider diving the S.S.Yongala expensive due to the fact most charters charge an average of 250 dollars for 2 dives, the wreck is perceived as one of, if not the best wreck dive in the world, an un-missable acclaim.